Fiona Guthrie AM, Chief Executive Officer at Financial Counselling Australia was recently asked to deliver the 2018 Ruby Hutchison Memorial Address hosted by ACCC and Choice. Under the theme 'The Fourth Wave' and anchored around the issue of payday loans, Fiona delivered a powerful message challenging our thinking and approach, envisioning a world where all of us – business, consumers and government – thrive. 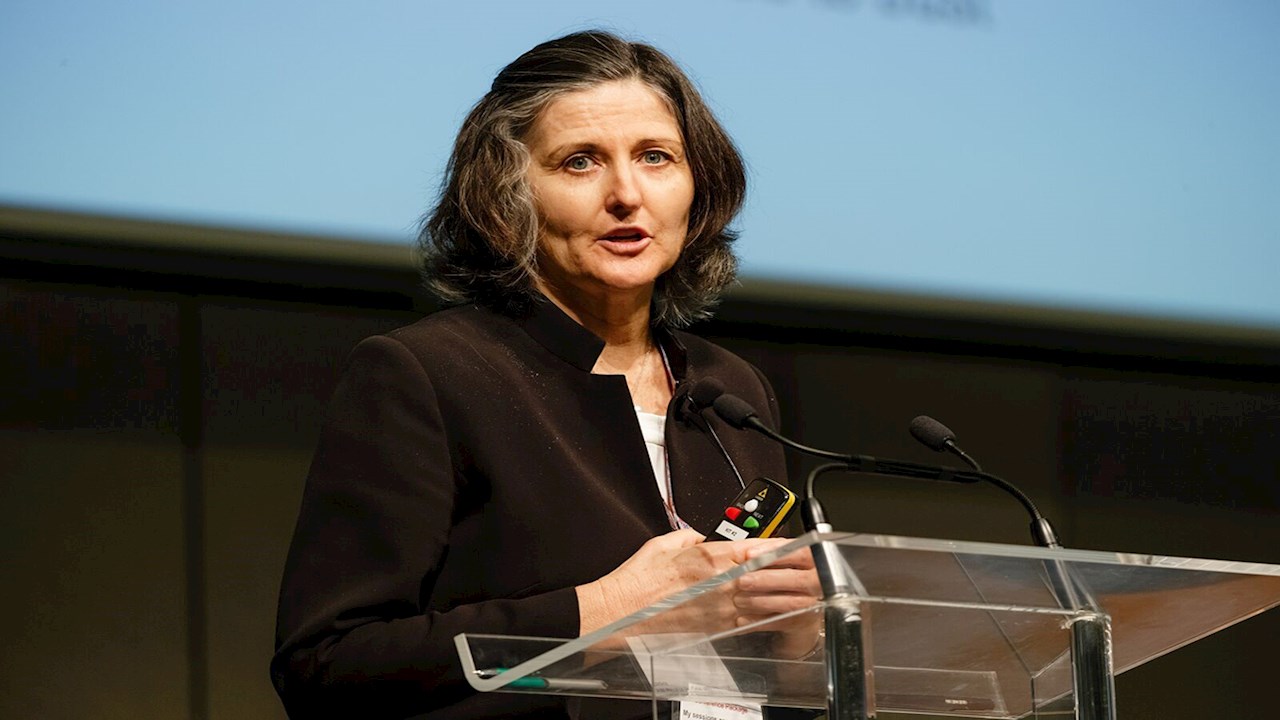 This is an edited extract of the Fiona's 2018 Ruby Hutchison Memorial Address hosted by the ACCC and Choice.

Queensland’s Courier Mail recently ran a front-page story about payday loans. It told the story of Trina Begg, a single mother of four, who had borrowed $600 to fix her car. That one payday loan trapped Trina in a cycle of debt for five years. Those of us who have campaigned long and hard for stronger laws to rein in predatory lending were delighted that the truth was being told.

But what also struck me were the readers’ comments. Mike said: ‘’Just waiting for the interest rates to rise and (let’s) see what damage that is going to cause to all those who never did their homework properly.’’ Suzanne said: ‘A fool and their money is (sic) easily parted. You can't legislate for people to have common sense.’’

"Whenever there is a story about someone experiencing financial hardship, many people simply blame the victim - they’re lazy, crazy or stupid. This blaming mindset might seem innocuous but such assumptions play out in dangerous ways"

Whenever there is a story about someone experiencing financial hardship, many people simply blame the victim - they’re lazy, crazy or stupid. This blaming mindset might seem innocuous but such assumptions play out in dangerous ways.

Financial counsellors provide advice to people in financial difficulty. The Queensland government recently put more money into these services. Great. But it called the program “Better Budgeting”. Such inane language says to people: ‘’the problem is all yours, buddy.’’

Similarly, I’ve lost track of the number of times financial counselling is described in ministerial press releases as about “helping people to manage their money”. If only it were that simple. Nothing to do with life events such as losing your job, persistent disadvantage, lack of services, complex financial products or fundamentally insufficient income.

This simplistic approach comes about because we don’t understand the structural causes of poverty. Living in poverty means it is hard to make anything but short-term decisions. Research by Harvard economists Sendhil Mullainathan and Eldar Shafir on the science of scarcity shows that if any of us were living in poverty, we would probably behave in exactly the same way.

Imagine you have an immoveable deadline – say a looming exam. Studying for that exam becomes your only focus. Your world contracts; other tasks are left undone. This is an example of time scarcity. Our mental bandwith – our ability to focus on other things – reduces dramatically.

Research shows that money worries and poverty replicate conditions of scarcity and reduce our cognitive bandwidth. Farmers in India were given cognitive tests before and after the annual harvest. Before the harvest farmers are poor and many have pawned goods and taken out loans. After the harvest they are comparatively rich. The study found that the farmers’ cognitive capacity was nine to 10 points lower before the harvest than after it. That’s equivalent to moving from superior intelligence to average, and from average intelligence to below average.

Imagine now that you’re living on a Centrelink income. There’s $50 left in the bank, which has to get you through the next five days. The gas bill is overdue and you have to find money for school uniforms, rent and food.

When your time horizon is just a few days, your planning horizon is now, not next year. A short-term payday loan is going to seem like a good answer.  You’re not lazy, crazy or stupid. You’re just human.

So why do we persistently blame individuals for their poverty and disadvantage?  The answer is partly because of our biases. One is that we don’t think the poor are like us.

Many of us also believe in the “just world” hypothesis: that by and large the world is a fair place and we get what we deserve. It is very reassuring to think you’re the architect of your own success. But it means we rarely think about the role that advantage has played in our own life stories.  And it can make it easy to judge others who haven’t done so well.  Because if life is a race, we don’t all start in the same place.

Many, many thousands of Australians are in exactly the same circumstances as Trina and are targeted by unscrupulous businesses. So why aren’t we having a royal commission in to payday lenders? Or goods rental companies? Or the scammers targeting remote Aboriginal communities?

We can only solve these problems by changing the power balance. This is what Ruby Hutchison was doing in 1959 when she organised a meeting at the Sydney Town Hall to form the Australian Consumers Association – what we now know as Choice.

Ruby and her colleagues understood that the oldest conception of how our markets should work – caveat emptor or buyer beware – was manifestly inadequate. Hers was the era of false claims and shoddy products, including exploding toasters and flame-throwing heaters.

We’ve had three waves of consumer policy since then. The first wave started in Ruby’s day and saw the introduction of consumer protection laws such as those addressing product safety.

The second wave assumed we were all rational consumers - we go through a logical process when deciding what to buy – we shop around, weigh up the pros and cons, compare prices and think about our short and long-term goals.  This is the wave that led to long and tedious disclosure documents.

More recently, the third wave incorporates behavioural science, and is based on the sensible observation that ordinary people don’t always make decisions in the way the rational model would suggest. We should focus on how people actually behave.

But none of these three waves are adequate to address the problems we face in our complex markets.

And this brings me to the present and fourth wave – what I’m calling the people-centred wave. This wave includes elements of all the preceding waves, but recognises we have to move beyond narrow conceptions of “consumer interest” or “business interest” to behaviours that work in the interests of the community as a whole.

"The principles of a people-centred wave include, at its heart empathy and kindness; then new business models; responsibility-based regulation; and a strong consumer movement"

The principles of a people-centred wave include, at its heart empathy and kindness; then new business models; responsibility-based regulation; and a strong consumer movement.

I’m convinced that Mike and Suzanne would change their mind if they sat down in the kitchen with Trina and really understood her situation. We all need to get away from our comfortable world views and talk to people. This means consciously building empathy into policy development. Listen to some calls on the National Debt Help line and you’ll hear people grappling with whether to pay their electricity bill or buy food. Or it could mean travelling to a remote Aboriginal community to understand why scammers have a field day.

We need new business structures, including more social enterprises. We need to follow the lead of the UK and change the Corporations Act to allow directors to take into account the interests of other groups, including customers, employees and the environment.

We need responsibility-based regulation. Rather than buyer beware, let’s reverse the onus and make the sellers responsible for the outcomes they promise their customers"

And we need responsibility-based regulation. Rather than buyer beware, let’s reverse the onus and make the sellers responsible for the outcomes they promise their customers. Businesses operating in complex markets – financial services, energy, health for example -  would have to demonstrate that customers get the right product, that they understand the fees and how it works and it doesn't leave them worse off.

And the consumer movement is as important today as it was in Ruby’s time. As John F Kennedy said in 1964, when setting out the Consumer Bill of Rights, consumers are the largest group in society, but also the group whose views are not heard.

So why in the end do we need a fourth wave? Because all of us want to leave the world a better, and a kinder place, for our grandchildren.

Fiona Guthrie, is the Chief Executive of Financial Counselling Australia.